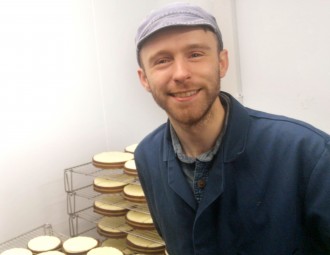 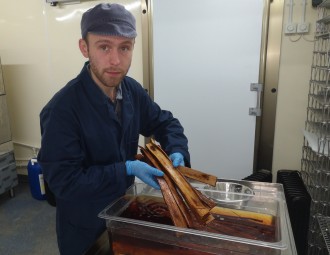 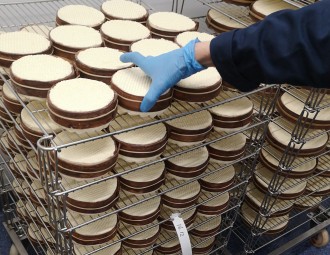 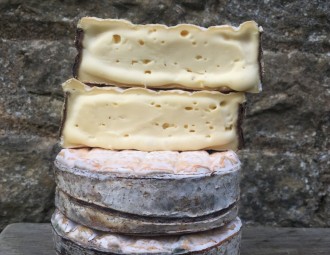 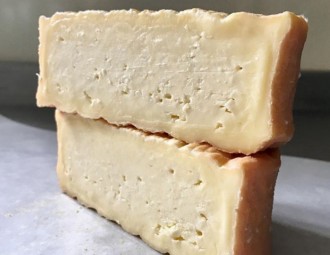 This is an excerpt from Gimblett’s Guide to the Best of British Cheese, due to be published late 2019.

MEET DAVID AND TASTE HIS CHEESES AT OUR MEET YOUR CHEESEMAKER EVENT ON 30 APRIL 2021.

David Jowett’s youth may belie his substantial experience, but the quality of his unique creations does not.

His eye was first turned towards cheese whilst working as a chef in his late teens. He left catering to work for leading cheesemonger Paxton and Whitfield, giving him a broad window on the world of international, as well as British, artisan cheese. A familiarisation trip to Ram Hall, creator of one of the country’s leading sheep’s cheeses, Berkswell, further fanned the flame of his ambitions and he decided upon a career as cheesemaker. He took up an internship at Ram Hall before embarking on The School of Artisan Food’s Advanced Diploma, then the country’s most advanced cheesemaking qualification. Lessons learned under the equally talented Val Bines and Ivan Larcher while there propelled David towards spells at Neal’s Yard Dairy, the US’s Jasper Hill Dairy and two years as cheesemaker at Gorsehill Abbey.

At the ripe age of 25 he decided it was time to strike out on his own. In 2015 he formed a partnership with the Hayne family at King Stone Farm to transform its pasture, rich with herbage and native grasses, into Rollright, the first of his creations, named after the nearby Neolithic stones. A spruce-bound washed-rind with a nod to Vacherin, Rollright won followers at the highest levels from the first releases and has evolved to become a new British classic. In 2018 it was soon joined by Evenlode, a semi-soft washed-rind.

In 2019 the dairy moved to premises on Manor Farm in Chedworth, and the building of a new dairy and maturation area should see the cheeses develop a wider following, continually building on quality and variety due to David’s ever-questing spirit.