“I am responsible for buying ninety eight percent of Malta’s false boobies”, our host proudly announced.

I barely had time to consider how one of Malta’s top destination management operatives had time to become so successful in the medical import arena, when he continued to say that as a surgeon he was also occasionally responsible for more than just their import. I raised my eyebrows high enough to convey adequate wonderment, though could find no more appropriate comment than to ask what percentage of the aforementioned were fake in Malta. To this he simply gave a knowing look and zipped his fingers across his mouth - clearly classified information.

I was in Malta to host a wine tasting for a group of catheter manufacturers (that’s another story), and we had met with Raymond, our multi-talented guide, because he was going to introduce us to one of Malta’s top wineries the next morning, prior to the tasting.

I’d been thrown off a little by his initial exclamation, as it had been in answer to my asking what Malta’s traditional dish was. Thankfully, he continued to explain that it was rabbit, but we would have to find a cheaper hotel than the one we were staying in to sample it. On asking how it should be cooked, he said that it should be boiled until soft enough to poke a finger through and had lost all texture. This culinary method had been wholeheartedly adopted by Air Malta for the in-flight meal I had been given earlier that afternoon: when I had asked the stewardess, “Was there a vegetarian option?” I was interrogated with a level of scrutiny rarely found outside of murder investigations. “Are you a vegetarian?” I withered under her gaze and meekly shook my head. The stewardess explained that they were only for vegetarians in a tone which implied that I was the also the sort of person that would steal someone’s wheelchair to save me walking.

I had read a little about Malta’s wines in advance of the event, though as none are imported into the UK, I had never tasted any. I feel that the best way to understand who’s who in wine terms when I arrive somewhere unfamiliar is to look in wine shops and on restaurant lists. This policy failed from the outset, as the duty free on the way in was full of fairly dull international brands and the hotel I was staying at was similarly bereft of Maltese wine. I found out why the following day when out in the vineyards with a representative from the winery. Before signing up for the EU in 2004, Malta had punitive import taxes on wine, so Maltese wine accounted for nine out of ten bottles drunk on the island. When accession prohibited the taxes, imports flooded in, and, having nearly halved in price, the foreign wines seemed much better value (although pound for pound, most of the Maltese wines were still superior). Since then sales of Maltese wines have dropped by a third.

To combat this, the winery I was visiting, Marsovin, along with most of the other producers, has planted international grapes such as Cabernet Sauvignon, Merlot and Chardonnay. On sampling these wines I felt that there was nothing remarkable about them and they tasted as if they could have come from anywhere. It was when I tasted the local, and largely unpronounceable, grapes that I felt I had arrived in Malta. They were good wines and whilst not hugely superior, they were different and gave me a taste of the place. Drinking Maltese Cabernet Sauvignon felt a little like eating pizza in Spain or a hamburger in Greece: there’s nothing intrinsically bad about it, but it doesn’t give you a new life experience.

I would normally at this stage recommend a particular wine, but as you would be hard pressed to find any Maltese wines in the UK, let alone one from their own grapes, I’ll just mention that if you do go to the island, look out for Girgentina (white) and Gellewza (red). You’ll probably have to venture beyond the hotel you’re staying at though – a luxury that I suspect the conference delegates we entertained that night had not time for during their stay. After the tasting in the bar I overheard one asking another “Weren’t the Barron Knights in charge of Malta at some stage?”

“No, I think you mean Knights Templar”

The look of exasperation on his colleague’s face was a joy to behold as I resignedly ordered a Chilean Cabernet Sauvignon from the barman. The barman looked surprised and told me he couldn’t provide what I was asking for. “No sir, it’s a red wine, I only have warm Cabernet Sauvignon, not a chilly one.

I changed my mind and had a lager. 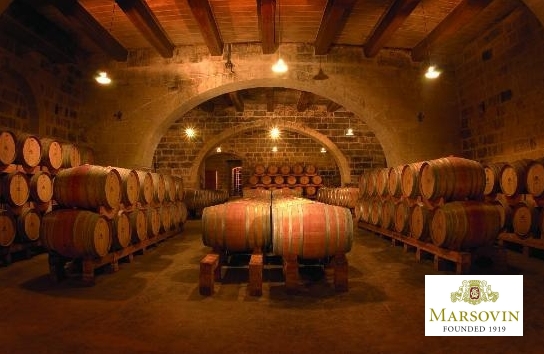