Host of wine and cocktail and gi shows and events 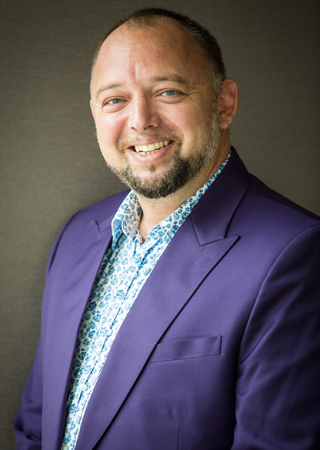 Rich’s passion for wine stems from his teens, when he worked for a prominent Surrey wine importer. After then, he brought the subject to the airwaves during his years in radio, presenting shows on local stations in the South of England. The opportunity to combine his presentational skills with his passion for wine proved irresistible, and Rich joined the Taste of the Vine team full time in 2002. Since then he has hosted over 800 events in his own inimitable style, using humour and participation to complement his wealth of knowledge.

He has spent much time mixing up a storm in his cocktail bar at home, earning himself the moniker of ‘Daiquiri Dick’. He has hosted the company's highly popular Interactive Cocktail events since 2005.

Rich brings with him his own brand of engaging entertainment and great stage presence for both large shows and more intimate events alike.