Host of beer shows and events 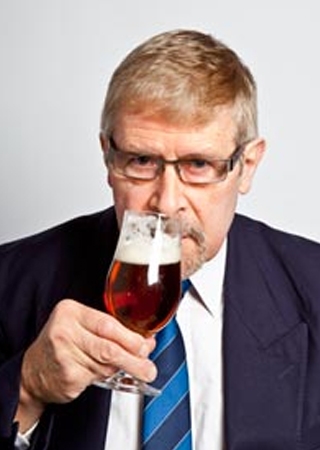 Roger Protz is Britain's leading beer writer and taster. He edits the annual CAMRA Good Beer Guide and has written 16 books about beer.

His most recent book, 300 Beers To Try Before You Die, is one of the most successful books on the subject ever published. He gives regular talks and tastings about beer. In March 2007 he lectured on the history of beer and brewing at the Smithsonian Institute in Washington DC, and in August 2007 gave a lecture at the University of Freising near Munich. He has twice been named Glenfiddich Drink Writer of the Year (1997 and 2004) and has been given a Lifetime Achievement Award by the British Guild of Beer Writers. He is contributing editor to www.beer-pages.com and writes for Beers of the World, What's Brewing and the Morning Advertiser. He is European Editor of All About Beer, the leading beer magazine in the United States.