Host of shows and events 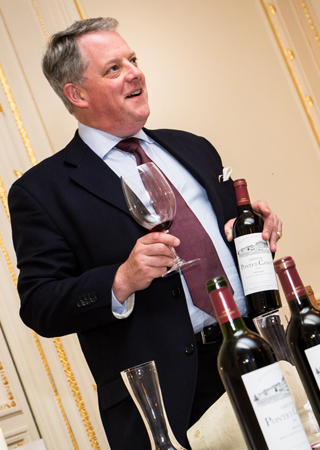 Simon’s career in the wine industry has a level of diversity matched only by his skill for communicating his subject. His career began working in a winery in Gascony, an experience that, even then, he knew had set the scene for his future endeavours. On his return to London, his communication skills were brought to the fore as trouble shooter for Threshers. It was a position that developed his commercial ability, which he subsequently put to use working for wineries in Aix en Provence, Australia’s Hunter Valley (Rosemount) and California (Peter Michael Winery).

Simon has since worked full time as brand manager for Penfold's, Veuve Clicquot and Taylor's, and now runs Isis Insight, an independent wine consultancy, which draws on all of his experience to help his vinous clients best communicate with their audience.

Simon and Francis met in Georgia in 2012, whilst visiting wineries in the former Soviet state. Their shared interest in the frontiers of the wine world, as well as a mutual passion for the absurd, ensured the two hit it off. Simon has been a regular at Taste of the Vine events ever since, entertaining and informing in equal measure.